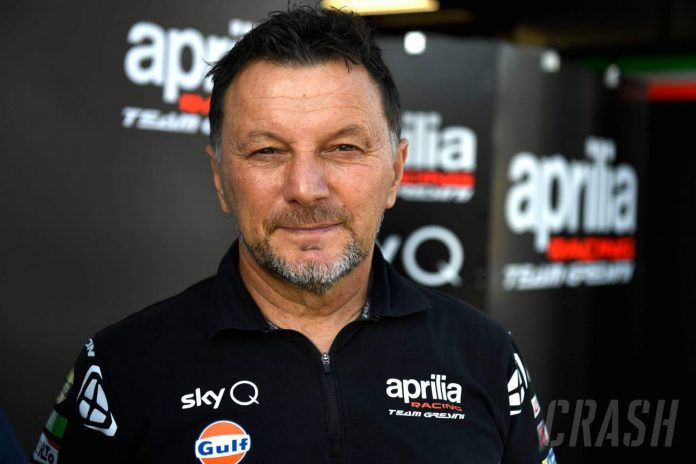 announced on Tuesday morning that Fausto Gresini has passed away after his battle with COVID-19.

Since contracting the virus just before Christmas, Gresini was in the hospital, slowly making progress toward recovery. In February, the 60-year-old’s condition worsened, requiring him to be put back into a medically-induced coma.

The statement from Gresini Racing read, “The news we would have never wanted to give, and that unfortunately we are forced to share with all of you. After nearly two months battling against Covid, Fausto Gresini has sadly passed away, few days after turning 60.”

MotoGP and Dorna sports released a statement about Fausto Gresini, saying they were saddened to hear of his passing. The statement reads, “Fausto Gresini was a colleague to many, a friend to all and will be sorely, sorely missed. Our thoughts go out to his family and loved ones.”

In remembrance of the MotoGP team owner, the CEOs and Presidents of Dorna Sports and FIM also extended their condolences to the family of Gresini and spoke of his impact on the sport of motorcycle racing. FIM President Jorge Viegas expressed that “[He] learned to appreciate Fausto as a rider first and then as a Team Manager, always at the top of his capabilities.”

Gresini is in critical condition after covid complication